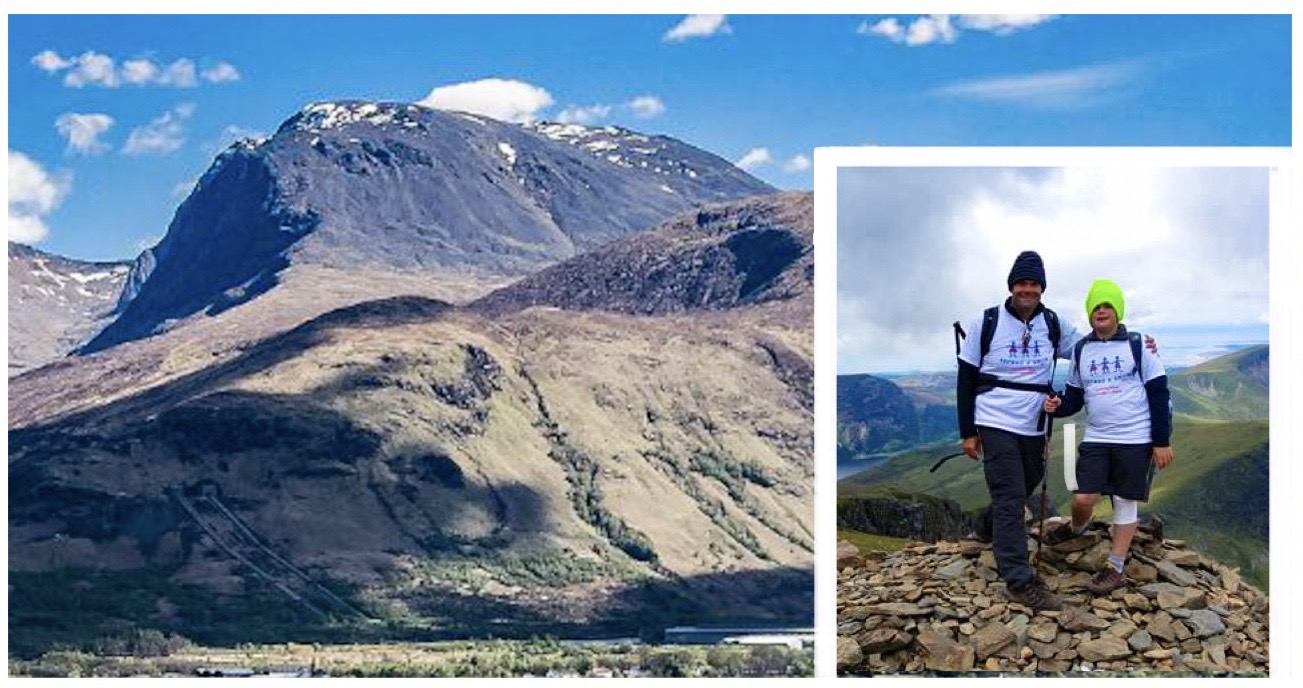 Mark and Scott are taking on the challenge to climb Ben Nevis, the highest peak in the United Kingdom on the 17th August.
£615.00 donated
34 Donors
Campaign has ended

Mark and Scott are going to take on Ben Nevis, the highest of the three peaks at 1345 metres (4413 ft), has one main path. Unlike Snowdon and Scafell Pike, the path to Ben Nevis starts close to sea level, meaning a much greater vertical ascent.  Support them in their epic challenge.